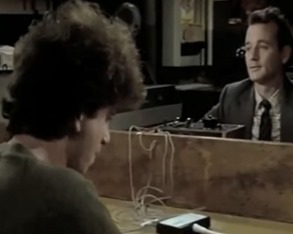 I recently published an article on Medium on The Tech World’s Ethical Crisis. I wanted to try Medium out as a possible option for my broader topics, allowing the Word to stay a touch more focused on the industry and truly random acts of writing. It seems to have worked fairly well so it is something I will repeat.

I do want to take a moment to share why I wrote the article (which you should read before reading further). I have been reading about Facebook’s study and I saw a lot of mixed reactions. While some people were aghast, others wondered why it was a big deal at all.

That is the issue at stake here, ignorance. When unethical behavior is not recognized as such, we need to take a step back and evaluate what we hold dear in our society. When conducting human research, informed consent is such an important requirement that there are laws to enforce it. If research has a chance to cause potential harm, people need to be given a chance to say no.

I don’t believe Facebook was trying to be evil. They were ignorant of the ethics involved in what they were doing. That ignorance is a problem. They must have considered it a potential problem as they added research to the Terms of Service a few months later.

Ignorance is not an excuse and we need to start thinking about teaching people more about ethics. It has been suggested that the Venture Capitalists (VCs) should make sure that the firms they fund have training in ethics.

They should throw in a little training about sexual harassment and discrimination while you are at it.

We are all responsible for the ethics of the world in which we live. We need to take time to educate ourselves and others. We needs to talk about this at events. It needs to be part of everything we do.

Because ignorance is not an excuse for risking harm to others.

In 2013, one trend that I had been watching for years finally culminated in the next stage. I got a position with Alfresco that will allow me to make a difference in the future of the industry. While it took longer than I thought it would, the future arrived.

In looking at my Predictions for 2013, I didn’t do well…at all. If it wasn’t for a slam-dunk prediction, I would have failed to even be half right.

Let’s see how poorly I did.

END_OF_DOCUMENT_TOKEN_TO_BE_REPLACED

Checking out the Sitecore Social Connector. If you’ve been to the AIIM website, you see that we do a little of this. I want to do it better. I’m here to see if we can do it cost effectively. David Morrison is presenting in this session.

END_OF_DOCUMENT_TOKEN_TO_BE_REPLACED

I’m sitting here reflecting upon a very productive Gilbane Conference in Boston this week.  It was good to talk to people and see what people were thinking about in the Content Management industry. Engagement, Search, and Social were big, overlapping themes in the conference.

I was at Gilbane in order present my view on the future of Content Management.  I thought I would share the slides here and talk a little about the recent research on the same topic from AIIM.

END_OF_DOCUMENT_TOKEN_TO_BE_REPLACED

There was some talk during the Enterprise 2.0 Conference last week that Social Networking was having a negative impact on our relationships.  This idea was put forward by Alcatel-Lucent’s Kathleen Culver during her session (#e2onf-25), but not everyone bought into the concept.

I for one agree with the observation. What I feel we are seeing is the flattening of our overall relationship depth.  To explain this, let me talk about the positive impact upon relationships first.