As I fly back from EMC World, I am left pondering the future of EMC in the Content Management space. This is a space that is undergoing an overhaul. There is a surge of innovation which we haven’t seen since the nineties. The cloud is becoming a more important part of the equation for organizations and those vendors that don’t evolve to fit the new demands aren’t going to be relevant in four years.

To be honest, I fully expect only one of the established leaders (EMC, IBM, Oracle, and Open Text) to make it. Microsoft might make it two with their Office365 offering but there is the separate concern that SharePoint will collapse under its own weight after two more releases.

Seemingly aware of all this, last year at EMC World, Rick Devenuti announced during the Momentum keynote a new strategy for Documentum. Based around the concept of the New User, the idea was to support the transition to Bring Your Own Device (BYOD) reality hitting many organizations through new clients, new deployment methodologies, and even new architectures.

This year had more of the same. It what was more of a report card than any major news, aside from the Synplicity announcement. So I’m going to give out grades for the execution of the strategy. Here are the ratings:

Keep in mind that even with good scores, determining whether or not any of this is going to be delivered in time to meet the needs of the market is a function of all vendors in the space as a whole. EMC can’t control what the other vendors do over the next year. They can try to shape the discussion of the market but there is no guarantee that they will be successful.

END_OF_DOCUMENT_TOKEN_TO_BE_REPLACED

Time to hear how the Early Access program is going for xCP 2.0. Kenwood Tsai is going to talk about the program and have several participants, including Erin Riley from Beach Street, speak on their experiences. It is still 6 months from release but I’ve heard positive things so far so I am curious to hear what is being said.

END_OF_DOCUMENT_TOKEN_TO_BE_REPLACED

Here we, as in the whole gang, are at Jeroen van Rotterdam’s session on Documentum Architecture. I have to see this, even if I never implement Documentum again. I am just too curious to not attend, plus Jeroen is a very entertaining speaker.

END_OF_DOCUMENT_TOKEN_TO_BE_REPLACED

As I mentioned last month, EMC finally decided to hold a developer conference again. It is currently taking place in the form of focused tech training, but yesterday was the overview day. I was there for the evening events to get a feel for how things had gone. 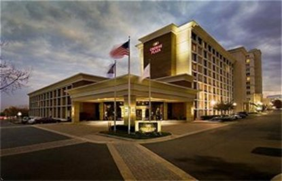 Overall, I heard good things. Jeroen van Rotterdam was there to actually speak on the Next Generation Information Server (NGIS). Lee Dallas and Mike Mohen was also in attendance. For those that don’t know Mike, he is the host of the always popular DFS Real World Examples and Best Practices sessions at EMC World. In fact, the quality of the speakers was pretty good and the only negative thing I heard was that there was only one day of individual sessions.

When people want more of everything, that is a pretty good thing. The EMC people were sitting around at the end of the day thinking about what to do for the next one. That is a very good indicator for the Documentum developers that make the systems work.

END_OF_DOCUMENT_TOKEN_TO_BE_REPLACED

Time for Jeetu Patel’s keynote. Expecting some more details on yesterday’s announcements. Not expecting anything earth-shattering, just some more insight into what questions I need to be asking next. Not going to repeat details from Rick’s keynote in these notes.

END_OF_DOCUMENT_TOKEN_TO_BE_REPLACED

Now John McCormick, Sr Director of Product Management, is going to give the roadmap. Very refreshingly to see xCP and Documentum listed separately again. Going to be interesting to see what dates they are willing to throw out there. Lots of real work to some of what they are doing.

Be sure to remember the Disclaimer at the bottom of this post. It was meant for posts like this one.