Last year I was pretty strong in my criticism of EMC’s lack of vision or strategy in the Content Management space. In a way I should thank them because it inspired me to write a post on the Future of Content Management that was later received fairly well at Gilbane Boston and info360.

Of course, none of that helps my existing Documentum clients, nor does it help the community at large. Well this year, EMC presented both a vision and a strategy at EMC World. I was pretty excited, not so much because I thought it was the best vision, but because it even vision.

The vision kept hitting you in the face everywhere. It was all about “The New User”. After a while, I got tired of “The New User” and decided that the picture looked like a Sarah. As a result, when I refer to Sarah, I’ll be talking about the mythical New User.

Sarah is a pain in the butt. She wants to use her device, be it an iPad, Blackberry, or her Android. She also wants to us her laptop of choice. She wants to be able to do this anywhere and use all sorts of content that nobody ever designed SharePoint to effectively manage. The most irritating thing, she’ll use external tools with no enterprise controls if you don’t provide the tools for her yourself. (I think Sarah would like Omnipresent Content Management).

Jeetu Patel actually wrote a blog post talking about the new user. The post clearly outlines EMC’s thoughts about Sarah. Buy into the vision or not, this vision is the basis on which EMC is going to create solutions for the future.

It really isn’t anything revolutionary. The vision boils down to the Consumer IT world driving the Enterprise IT world. While overly that is an overly simplistic rendition, it is a valid vision. It doesn’t address the problems we are going to have with the volumes of content, but it does address how people want to interact with content in the future.

To be honest, that is a side of Content Management that EMC and other traditional vendors have ignored for far too long.

Getting From Here to There

So now we have a problem to solve. How is EMC going to deliver on their vision? Is there a plan?Well, according to Rick Devnutti and Jeroen van Rotterdam, they are going to build a new public cloud capable platform (Next Generation Information Server). They are going to build new unified clients for xCP (single builder interface) and a single user-experience for all content management. All of this in D7 in summer 2012, just over a year away. 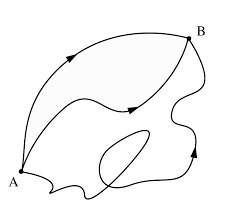 Wow, that sounds like a lot. It is also all at least 1 year away and a lot can happen in just 6 months in the software world. To be fair, if EMC presented a date that was sooner, I would not believe them.

What about the meantime? Well, they are leveraging some previous work to kick a mobile client out the door in July 2011 for the iPad. They plan a new mobile release every 3 months or so with updates and/or new platforms, iPhone being targeted for the second release. Subsequent releases will be determined when the dates gets closer.

As for the cloud, Jeroen, Jeetu, and Rick all said that the current platform was not public cloud ready. (All you salespeople, I hope you heard that). That is why they are creating the vCube option for EMC OnDemand. Essentially just Managed Services, it will provide Documentum on demand and will include multiple environments. Essentially EMC is taking the burden on itself to to stand-up and deliver Documentum when needed.

EMC OnDemand looks snazzy, but I’ll believe the 2-hour setup time when I time it with a stopwatch. I’m more likely to believe, and happy to accept, a 24-hour turn-around with zero issues. Trust me, I can find plenty to do on a Documentum project during a 24-hour time-span.

So we have a strategy that may be able to deliver the on the vision. One last detail…

What is needed now is execution. While I have great faith in what we will see over the next six months, it is the longer-term execution that we need to see.

Let me tell you why I think the next six months looks good…paranoia. After previous debacles with releasing CenterStage and other announcements, EMC has cracked down on product announcements. Products need to be real before they are announced, complete with prototyping and resources committed for completion. In fact, they considered not announcing EMC OnDemand because it was so far from GA, even though it is scheduled in the 6-7 month timeframe. They decided that they had to announce and make that commitment to the community. It is technically feasible as they aren’t creating anything new, just putting it all together in a new way.

Another point is the fact that Jeroen’s presentations, while cool, were loaded with disclaimers showing items that were “projects”, “experiments”, and “architectural thoughts”. That means none of it might make it into a “Product”. I suspect that a lot will, but they weren’t committing to anything.

I think this little “joke” illustrates the problem. Two years ago, we were told that a mobile client for EMC was coming in the Q3/Q4 timeframe as part of the CenterStage 1.1 release. Now  the current plan is to have a Mobile client, iPad first, in Q3 of 2011. The joke was that when they promised the mobile app, they hadn’t promised which Q3. I got them to commit to this 2011 for the demo we saw this year.

If you miss one date by more than a couple of weeks, their credibility will take a hit. Benefit of the doubt is gone for EMC in this area. On-time, quality, releases is what they need to deliver right now.

After all, this isn’t just about the faith of the Documentum community. Their are competitors out there and it only takes one of them to beat EMC to the finish line to cause all sorts of troubles for them.

Lastly, and I do mean this, Good Luck EMC. Your going to need it.

7 thoughts on “Documentum has a Vision Again, How About Execution?”