I have had a LOT of discussions with people over the past year about Edward Snowden, the NSA, and the impact on cloud adoption. My general response is that it would likely slow US adoption of the cloud by a few months and outside the US by a couple of years.

Well, it has be six months since this all started and I was starting to wonder about how this was panning out. Then Computerworld kindly published a piece stating that Chief Information Officers (CIOs) were sticking with the cloud despite the NSA.

While 20 CIOs are in no way a fair sample size, even if they are geographically dispersed, they did raise several excellent points.

END_OF_DOCUMENT_TOKEN_TO_BE_REPLACED

Yesterday, there was a pretty heated twitter debate between Ron Miller, Irina Guseva, Tony Byrne, and myself over what constitutes a Cloud Product. This was triggered by an article that Irina had published on the Real Story Group blog about what people should take away from the Adobe security breach (besides passwords).

I am not a big fan of how Irina portrayed cloud security as cloud systems are often more secure than many internal systems. Ron had more fundamental issues with the article.

Adobe calls this product Creative Cloud when it’s not a cloud product.

This had nothing to do with them being cloud. Adobe ID goes back years.

I tend to ignore most contradictions in a Twitter debate given the limits of the medium. I do want to counter both of Ron’s statements.

END_OF_DOCUMENT_TOKEN_TO_BE_REPLACED 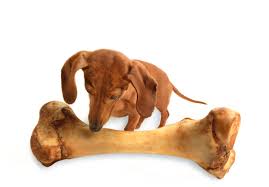 I want to start off by apologizing to Ron Miller. Ron is a smart guy and I count him among my friends. Ron also wrote something the other day where he was wrong.

Not a little wrong, a LOT wrong.

Ron wrote an article titled Box has always been about looking forward, not back. It is a good article and it covers Box’s three biggest announcements from BoxWorks quite well, but he misses the point. He missed what Box is really doing.

They aren’t just checking Boxes or throwing people a bone. They are preparing to take over everything.

END_OF_DOCUMENT_TOKEN_TO_BE_REPLACED

There is a basic misconception that is plaguing the Content Management industry. This misconception is that 80% is better than 30%. Without context, it doesn’t seem like much of a misconception, but trust me, it is a problem.

The missing context? What percentage of features that organizations are looking for does a solution have out-of-the-box?

The answer is never 100% unless you are the ONE organization that matches the generic solution template. Still, you can usually find a solution that gets pretty close if you tweak a few internal business rules that are more of a business tradition than an actual need.

END_OF_DOCUMENT_TOKEN_TO_BE_REPLACED

In case you missed it, Box introduced some new pricing last week. While the details are not relevant right now, the key detail was that if you have only 10 people, your price per user is now $5. This is great if you are a small shop because you don’t need as many features and you do need secure sharing.

So why bring Office 365 into this? Because this new price range is same as the Office 365 Small Business tier. Sure you can get more with Office 365, but Box still has that “easy to use” feature going for it.

Still, why Office 365? Because Office 365 is great for small shops. It bundles email with SharePoint and Lync. For a organizations with minimal to no infrastructure, it is a very quick setup and before you know it, you have your basic productivity tools.

I suspect that Box is looking at Microsoft as the big Gorilla in the corner. If they aren’t then they should be doing that. Microsoft has a decent cloud solution and a ton of money. It should be possible to fix SkyDrive, make an interface that works on Apple, and market to the same people that Box targets.

Box used to market against SharePoint to get attention. Now they need to work against them to make sure they stay safe.

I’ve been ranting on and off for a while that Information Management has failed because we haven’t met the needs of the user. This is leaving the market open for the Cloud vendors to try and disrupt the Content Management market.

What I haven’t delved into is that the primary reason we have been failing is also the key to the potential success of the Cloud vendors…Records Management.

END_OF_DOCUMENT_TOKEN_TO_BE_REPLACED

Lane Severson posted a rebuttal to my statement that Information Management has Failed. My first thought is that he doesn’t see it. That was also my second thought. Then I remembered a truth about disruptions that I shared on Twitter the other day,

The very nature of Disruptions is that those being disrupted live in denial until it is too late.

Lane is caught in the disruption. He works for Doculabs who makes money by being good at helping customers select and implement traditional Content Management systems. A shift to the cloud means a change to the expertise they deliver.

Still, Lane is pretty smart and his points deserved to be addressed.

END_OF_DOCUMENT_TOKEN_TO_BE_REPLACED

I am a Generation Xer. I am not a “digital native” by anyone’s definition. I may be an early adopter from Generation X, but no matter how well I adapt to the changing technology, I am not a digital native. I still remember using rotary phones and a time when the most advanced technology in the home was the television sitting on the floor.

The same division can be made with technology companies. There are many different generations. There is the Mainframe Generation, the Enterprise Generation (the client-server), and the Cloud Generation. In software there is also a strong DNA strain of Open Source, though those vendors can still be categorized in specific generations.

END_OF_DOCUMENT_TOKEN_TO_BE_REPLACED

There is a war being waged in organizations across the world. What started off as simple attempts to make things easier for mobile users has escalated into a full-fledge attack on the Enterprise.

Every generation needs a new Revolution.

They mean to take almost everything we’ve done the last couple of decades, throw it out, and “install” their vision of the future.

Don’t get me wrong, they have the same desire to improve things as Steve Jobs, their idol, did last decade for consumer electronics. Unfortunately for the Enterprise, replacing your Content Management System (CMS) is slightly more complicated than changing phones.

Especially when the new CMS doesn’t deliver the 9x improvement we’ve come to expect from the consumer revolution.

Let’s face some hard truths. Enterprise software, especially Content Management, hasn’t exactly been a slam dunk success. Many IT projects fail and they still take too long to finish, even when executed properly.

The reason is that they are complex. The systems insert themselves into the workday and don’t always deliver enough new functionality to justify the added burden. Do not forget that it often appears that “User Experience” seems to be a foreign concept to many vendors.

To be fair, the complexity doesn’t start with the vendors. Have you seen some of the Record Plans out there? They aren’t quick reads. When buying CMSs with Records Management (RM) features, or a stand-alone RM system, that complexity is forced upon the vendors.

I cannot tell you how many organizations I have been to with STRICT Records Management requirements that barely have basic Content Management under control. I’m not talking years ago, I’m talking recently.

There are real issues out there, making Enterprise IT ripe for attack.

This opportunity has been targeted by Silicon Valley. Their approach is simple. They allow users to do basic business activities, without complexity. Soon, a significant portion of your staff are using this software. Like a good espionage unit, agents from the Valley are in your organization laying the groundwork for a revolution.

There isn’t only one cloud vendor infiltrating your organization. This is leading to the first problem, which is “cloud sprawl”. Remember when every office had its own systems? Now imagine every user or project using their own system. Chaos.

Once your organization is ripe for takeover, the cloud vendors swoop in and promise everything will be better if you just commit and make the switch.  At this point, you just want only one of these cloud vendors creating chaos, not 3-4 of them. You sign the contract, embracing the chaos.

Then things start to get more complicated. Remember all those complex requirements to meet your legal requirements? Those needs have to met in other systems because the cloud providers can’t support those features and they cannot be customized to implement them.

Now there are redundant systems that are in place strictly to meet those requirements. Want them to talk to each other, good luck. The cloud vendors may love creating APIs for you to use but they don’t seem to care about support the industry interoperability standards. You can make the systems work together, but you have to do the work and maintain the code.

We need a truce in this war. Silicon Valley and the Enterprise need to work together. Things are broken but the systems can’t just be bulldozed to make way for a new world. There is a middle ground and both sides acknowledge it.

If you are going to the AIIM Conference in March, you can hear me talk more about the war during my keynote. This war is going to define IT in 2013 and I’m hoping we can negotiate a truce.

In my predictions for 2013, I made the following prediction on the future of the traditional “leaders” in the Content Management space.

First Major On-Premises Traditional ECM Vendor will become Obsolete: I know, obvious right? Statistically speaking, one of those vendors will likely still be a market leader in 10 years. In 2013, we’ll see our next elimination for that spot (though they will be in denial). To make this easier to measure, I’ll name the contenders: EMC, IBM, Open Text, and Oracle. Microsoft falls into this category but it won’t be them, at least not in 2013.

Aside from simple statistical probability, I saw a few things this fall that led to this prediction.

What I’ve seen is a scary amount of consistency among the players.