I’ve been working on a cool post about some positive content technology coming from EMC, but that needs more time to gel as I play with the tech, so I’m following-up with a post about where some of the focus on Case Management within EMC’s Information Intelligence Group (IIG) originated.

During Rick’s keynote at EMC World last week, he stated that Composite Content Applications (CCAs) were equivalent to Case Management.  At that point, I had my second “You gotta be kidding me!” moment of the conference.  It helped solidify the feelings in my analysis of the “strategy” at IIG. 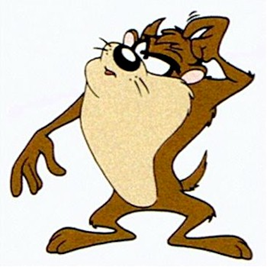 In later conversations, I learned that line of thought came from Gartner.  At first it was a guess, but then it was confirmed.  I decided against covering this point in my previous post because I hadn’t read the source material, and I didn’t want to accuse EMC falsely.

Well since then, I’ve gotten to read three reports on the topic, and I can say that EMC got it wrong.  The reports I read are:

Let’s look at the reports briefly, starting with the list of ten.

Where the Problem Started

If you have to find the source of the Case Management infection, the “Ten Key Content Management Projects for 2010” is patient zero.  The list in the keynote was taken from this report.  That isn’t just a guess, I was told.  In it is the following items at the top of the list:

There are no numbers on the lists, but I expect that they are ranked in their perceived order of importance.  Personally, the ranking is irrelevant to this discussion, though if Case Management was “last”, that would probably be a little deflating to EMC. (I included the second item for a multitude of reasons not related to today’s theme.)

I was pretty confident at this point, but I dug deeper to the other two reports.

The Answer is in the Dates

So I read the “Introducing Composite Content Applications” report and it talks repeatedly about multiple types of CCAs.  For example:

CCAs already exist in a variety of vertical and horizontal configurations focused on transactional, collaborative and Web channel processes and users.

In the report, it does call out Case Management as an important example that is going to have a lot of activity in 2010.  This is why, on the same day and by the same author (Toby Bell), Gartner released the other report on CCAs and Case Management.

The first sentence of the Introduction section of the “Critical Capabilities for Composite Content Applications: Case Management” report matches the one quoted above for the list of 10.  That tells me that they definition did not evolve dramatically between the two.  This report reinforces the statement that Case Management is one example, though an important example, of a CCA.

The thing is, these two reports were released on the same date, so it appears that there was no change in Gartner’s definition.  The consistency in wording between the January and April reports shows that the interpretation of Case Management being an example of a CCA that is high on the radar of companies looking at new Content Management projects, but still just an example.

What EMC Should Have Said

What they should have said about Composite Content Applications and xCP is quite simple:

I’m sure they would have word-smithed, or spent more than 5-10 minutes on, the message, so forgive the wording.  The point is, Case Management is not the end-all, be-all of Content Management or the Documentum platform.  Delivering a platform that allows for applications to be easily developed through configuration more than customization is a much more palatable and meaningful message.

I test drove that message last week and it went over a lot better than Mark and Rick’s messages.

With this change EMC could also have renamed the product family from Intelligent Case Management to Intelligent Content Management.  THAT would have gone over a LOT better.  I might have only complained about lack of vision which is, unfortunately, normal for the keynotes and EMC.

This, like everything else I’ve shared of late, I told EMC directly last week.  This isn’t a surprise to them at this point.  That said, share your thoughts here so they can benefit from your insights as well.