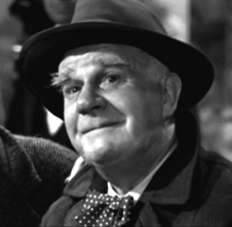 It has been an interesting few years. As I approach the 7th anniversary of this blog, I was prodded to look at my journey by Gina Minks. She wrote a post about how to take advantage of experts and evangelists without them turning into obnoxious tools. (Her words were not as kind) She was asking as much as sharing.

This is a tough one. As you become recognized as an expert, it is a little intoxicating. You want to keep the recognition while still maintaining the credibility that got you there. Opportunities come along and you have to decide which ones will let you keep your soul and which ones will require you to cross that line that Gina was warning about.

Let’s start with my journey as a point of reference.

From Nothing to Everything

Both terms are an exaggeration, but they reflect the scale of the change. Before I started the Word of Pie, I was known in the Washington, DC area as a Documentum expert. I was one of several including Johnny Gee and Scott Roth. I never rated myself as knowledgeable in Documentum as those two, but I could hold my own in discussions.

Then came 2007. Inspired by Johnny and motivated by a poor EMC World, I start the Word. I quickly branched out from purely Documentum topics to the broader world of Enterprise Content Management (ECM).

The next I decided that instead of simply taking notes at EMC World 2008, I would start posting those notes to my blog. After a conference or two, my reputation grew immensely as those notes drew in more readers. I went from an expert to a internationally recognized expert in Documentum. 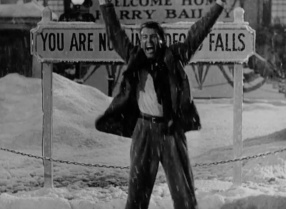 I never had to worry about finding people to talk to at any EMC World again. It would have gone to my head more except I knew that there were experts out there that likely knew more but lacked the exposure that I had.

I kept branching out to the wider industry, supported AIIM, and talked about other technologies like SharePoint and Nuxeo. I started to take my expertise and crafting it into messaging about ECM, Information Management, and technology as a whole.

One thing led to another and I was eventually hired as the evangelist at Alfresco. I chose the less obnoxious title of Content Management Strategist, but the role was the same.

Then things got interesting.

At Alfresco, I learned many things. These things impacted my blogging a fair amount. 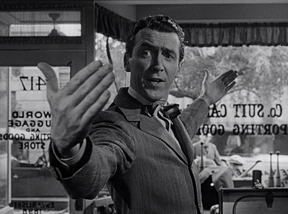 The first was to never compromise. You cannot have that role if you don’t fully believe in the product and the mission. I did, so there was no problem. The minute you have to compromise your principles to stay on message is the minute you lose everything.

The second is to keep your voice. I put things in my own words. I used key messages, but I communicated them in my way. I spoke about the broader industry as a participant, independent of what Alfresco was doing.

The third is to remember that your credibility is now shot. I have a lot of experience with many products. The minute I became an Alfresco employee, people would only completely believe what I said about other products if I complemented them. I didn’t want to do that so I greatly reduced my commentary on other products in the space.

The final is to play nice. This is a rule I learned by watching others. Never kick a competitor when they are down. Sure, you can reference something in a one-on-one conversation with a prospect or client, but do not dwell on it. Show some class. I had to talk about the positives of Alfresco that were the opposite of the negative that had just occurred.

Winning on merit, what an option.

Gina asked a few questions at the end of her post. I’ll try and answer them as best I can based upon my experience.

What can we do to keep our experts balanced, so they aren’t seduced to just be a mouthpiece for our bidding, so they can benefit from the attention?  How do we empower them to speak up when the message is off, not just to broadcast the same old tired stuff?

Challenge them. You have to talk to them and ask for their opinion in private. They need to be able to explain the message in their own words. If they can’t, then maybe they don’t believe in the message. Encourage them to publically share thoughts that don’t contradict the goals of the organization. If their views become contrary to the mission, then maybe it is time to separate.

My question to experts: How do you stay balanced?

I talk concepts out with people I trust. I test things out all the time. I never take anything at face value. It is also important to dive into adjacent domains in order to gain a sense of perspective. I was bred to be a skeptic so I may not be the best person to answer.

Are you an expert/evangelist/influencer? How do you stay balanced?

For everyone else, what drives you nuts about experts and evangelists?

6 thoughts on “Moving from Expert to Evangelist and Back”