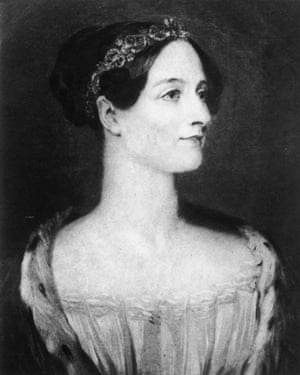 Ada Lovelace Day snuck up on me this year. While I had thought-out topics the last two years, making events more welcoming to women and sharing about tech women in my family, I hadn’t planned anything out for this year. Part of that is on me but the rest seems to reflect a malaise I have seen of late.

While I have continued to see people working to improve the diversity in technology, I have seen a lot less fervor in the past few months. It is as if people have put efforts in cruise control. I know that many things happen outside of my awareness but in the world that I observe there has been less discussion of getting more women into technology.

Even if this is because people sense progress, we are are far from done. Sure, Stanford has a lot of women enrolling on Computer Science. The questions are:

I’m posting today not because I have a well considered addition to the conversation. I am posting because we have a long way to go to make women in technology a given and not something that we marvel at. I am posting because every thing that can be done to draw attention to this issue is important. Fixing the pipeline is great but we need to make sure that they can not only get positions in good environments. Women need to be able to grow within their chosen field without worrying about what might happen to them if they venture outside their normal routine.

The problem is not fixed. Things are not better. We must be diligent. I will keep listening and trying to amplify women, of all races, that are trying to make this world a better, safer, and equal place.

I was thinking as I drove my car on an errand this morning about the women I’ve hired in tech. I could not think of one hire that I regretted. Do not get me wrong, I’ve worked with some women who could not do the job. I just wasn’t the one who hired them. When I tell stories over beverages of complete chaos and incompetence the ’star’ is always a man.

This is not to say that you should only hire women. I am simply saying that if you think a woman can do the job during the interview process then maybe you should hire her. Sure, that man over there might seem more impressive but it could be a façade. I’ve hired many men that I have later regretted bringing to my team.

In the future I need to make sure that I hire some women to help me winnow out those men and make hiring decisions that helps my team get things done.