While breaking bread with a Box employee, Chris, last night, I had a revelation. Historically I’ve really only consider three types of workers that need a complete set of business tools on their mobile device.

The point being that for the everyday worker, mobile computing was for our personal lives. Facebook, Twitter, Instagram, books, games, and anything else to keep us entertained. Mobile work consisted mostly of emails and taking pictures of whiteboards.

The thing is, a funny thing has happened during the mobile revolution, our personal and work lives started to blur together into a single existence. 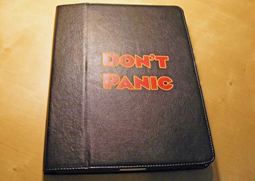 So Chris told me the story of when he finally understood the mobile worker story. He was stuck in traffic on the DC beltway when he got a phone call. Someone was emailing a document that needed to be filled-in, signed, and faxed(!?!) by 4pm. Normally, this wouldn’t be a problem except that he was “parked” on the highway.

Chris pulled over, retrieved the form and uploaded it into Box. He then used apps that are integrated with Box through the OneCloud platform to fill out the form and sign it. He then faxed it from his device.

The whole process took him ~10 minutes. Plenty of time to rejoin traffic.

All well and good, Chris is a “road warrior”, always running from meeting to meeting. Then it hit me, we all are.

I think I was open to the idea because this week I’ve been dealing with house issues and have had to completely shake-up my work hours. This shake-up wasn’t a problem because I was able to be responsive to people during the day and could get chunks of work done at night. 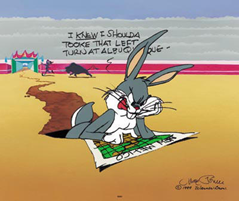 Then I realized, it could have been anyone stuck in that traffic.

These people don’t fit any of the three stereotypes above but they could easily have been in that situation.

All knowledge workers and information professionals are blurring the traditional lines between work and home. A strict 9 to 5 scheduled shifted to core hours from 10 to 4 and is slowly transitioning into just getting things done.  In exchange for the daytime flexibility to deal with things outside of work, people need the tools to respond to work items when they aren’t at their computer.

THAT is the story of mobile computing. THAT is why it matters.

Mobile Matters but Isn’t Everything

I still posit that people still need their computers for significant content creation. I still haven’t seen anyone that could type as well on a mobile device as I do on a computer. Even at this year’s AIIM conference, Ray Wang was typing on his laptop to tweet before and after he talked about the power of mobile.

(written on a laptop)