Over my career, I have seen quite a bit of turnover on my various projects and companies, from both sides.  Normally, things remain professional, and the companies and clients involved are impacted as little as possible given the circumstances.

Let’s face it, if an architect leaves, it is hard to replace that skill and knowledge.  Regardless, attempts are made to try and minimize the change.  Obviously there is not a lot transition when someone is fired versus their resigning, but that is hopefully a case of addition by subtraction.

Every now and then, you come across an example that reminds you of the importance of the social skills you learned in kindergarten.  Before we get into that though, let’s look at the reality of our industry.

I’ve been in the Content Management industry for a while.  I’ve worked with, and met, a lot of people.  Let me throw you a couple of examples of how small this world really is: 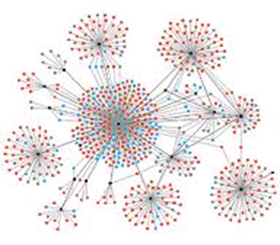 Those are examples that are more national in nature.  There are many more that are purely local.  When you look at the senior Documentum people in the DC area, we are spread out between multiple companies.  We can trace our roots and find common crossed paths everywhere.  Johnny Gee an I used to work together.  Scott Roth was with a company that almost bought my then employer; I later almost joined his company individually.

If you are an experienced Documentum person with more than 2-3 degrees of separation from me in DC, the odds are that you are either new to the area or have been sitting on the same contract for a very LONG time.

Same goes for Johnny, Scott, Fabian, and many more that I could name.

So the thing is, since we know each other well, we talk.  We have drinks.  When we come across a new local resume, we can usually identify people that may have worked on the same project.  We call and trade information on how good the person may have been at that time.

People change over time.  When I make that call, I’m looking for a baseline.  If someone says that this person was great with Java, I can be pretty sure that they are rusty at worst.  If they say that their client skills were weak, I know to focus on that in the interview to see if that has changed.

Usually people do get better, so make sure to take what I hear as a baseline.  I also qualify what I say about others in the same way.  Anyone can change.

Then there are the high-risk examples.  There are three in my book right now.  You will not get names, so don’t ask.  I am using fake names and casting them all as male in the descriptions to make it harder to identify them.  I worked with all three, though they were not part of my company.  They also, to my knowledge, have never worked for EMC or any of the more well known system integrators.

The first, Arnold, deliberately sabotaged a project at a very sensitive stage.  Luckily Arnold wasn’t thorough enough and the rest of the project team had enough experience/knowledge between us to fix the system within a few days.  No real impact was noticed by the client, but it was some of my more stressful workdays ever.

Arnold’s resume shows up every 8 months or so and I have been asked about his more than once by others.  I never understood his motives or the cause for his behavior, so he could be just fine to hire.  There may have been, and evidence suggests, some mitigating factors.  It is an unknown risk.  It is just a risk that I choose to never take.

Wally, has a great resume.   He looks like a great resource.  This is a complete misread.  Dangerously incompetent is a fair description.  He joined a project of mine as a developer.  He was shifted to be the admin of the system when that didn’t work out.  After the accidental erasure of the full-text index, it was determined that Wally’s job would consist of making sure that all the components were running correctly, compiling reports on the system, and letting people know when he found a problem.  While this didn’t stop all incidents, it minimized them in number and scope.  He eventually left the project with some encouragement.

When his resume later came to my HR departments notice, they asked why I didn’t want to consider him.  I turned to someone who had been on the project, shared Wally’s name, and the reaction was swift, “Oh God No!”  HR moved on to the next candidate.

This third one is the recent addition, and the most unforgivable.  You’ll have to take my word on that fact.  Michael was leaving for a new job.  I was asked to come in and get briefed on the current state of the project so that there would be minimal impact to the client.  I hadn’t been on the project for a while, so I needed to get an update on the status, players, and confirm that I could access all the systems, including the project’s collaborative site. 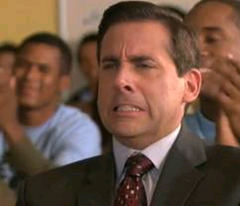 Michael refused to come into the office to meet with me face-to-face to ease the process, even at the urging of his soon to be ex-bosses.  Michael claimed, over the phone, to not remember how to access the project collaboration system.  I was able to hack into the system and I found something really interesting.  Michael had added content just one week before.

I tried to find out from Michael what EMC resources he had been working with so I could talk to them as well.  I know that they had a close working relationship.  Michael claimed to not remember who their EMC contact was.  When I pressed, because I knew that I was now dealing with a “hostile witness”, I was given a name of one EMC resource.  I contacted both the resource and the account manager.  They quickly identified the real EMC contact.  I made plans to talk with the real resource in the near future to get an update on the joint work.  Let’s face it, Michael wasn’t going to tell me anything.

I cannot figure out the point of this behavior.  I was acting at the request of the program and project managers.  I just wanted to learn what I could so that if needed I could assist on the project.  I did it to help the client and my business partner.  What I got was hostility and resentment from Michael.

While I do not know the reasons for the his departure, I do know that I was in no way involved.  I hadn’t worked on the project for a several months and always thought that Michael brought value to the project.  Michael had room to improve, but so does everyone, including me.

Let’s face it, not everyone is a rock star.  Even those rock stars aren’t good at everything.  The key is to find a persons strengths, let them use those strengths, and give them safe ways to build new strengths.  On a large, long-term project, this is critical to success.

If you are unstable, incapable, or unprofessional, I can’t use you.  If you pit people against each other for your benefit, cannot follow directions, create a crisis to be the hero, or don’t put the needs of the client ahead of personal issues [Edit: This refers to personal issues with team members, not issues in one’s personal life. See comments.], then you need to look elsewhere.

Be a professional.  If you live and work in the U.S., you will likely have a 30+ year career.  You will run into the same people over and over again.  People you work with now know people that you will work with in the future.

The only thing that you cannot change quickly is your reputation.  Take care of it.  Nurture it.  Don’t sabotage it.

It is a small world after all.