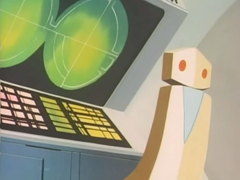 I have been busy these past few months. How busy? Just look at my post rate. It hasn’t been for lack of topics, I’ve just been burning the candle at both ends.

Well, I’ve been on “vacation” for the past week and feel rested enough to take some time to write. Coincidently enough, I have two posts to write quickly, the first being this post evaluating the predictions for 2011.

As I did for the 2010 predictions, I am going to score them as either correct, incorrect, or partial (50%).  The partial is for predictions that were correct in the causes, but the effects were off.

So that is a 6 out of 7. Not bad overall, especially when you consider that I graded fairly harsh. Apple is not the only tablet player in town anymore and the term Enterprise 2.0 seems to be in remission even according to Google.

2 thoughts on “Looking Back on Pie’s 2011 Predictions”