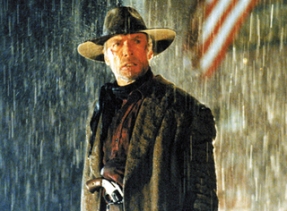 Time for the overdue Momentum evaluation post. I write this one every year because it was my concern about the loss of Momentum that first inspired me to start this blog. Normally I write this post between the end of the conference and my plane. This year I had only a couple of hours due to a busy schedule and I spent that at the Pinball Hall-of-Fame (and I wasn’t the only one).

In keeping with my theme of naming these posts after Clint Eastwood westerns, I have moved on from the trilogy to one that I feel more exemplifies this year’s conference, Unforgiven. Why? Simply because for most of the EMC World life, the Momentum conference has been a shell of its old self. Marriage had taken away who it really was. Well, Momentum looks like it might be back.

Last year, as in previous years, I put together a list of things that needed to be fixed in my Momentum evaluation. To help illustrate the progress, let me share with you that list here and grade it.

Actually, if you have any comments, drop them below.

So some improvement, but more importantly, no lost ground. There were some important issues though.

Still, pretty good. In fact, when you get down to it, most of these are broader conference issues and not necessarily Momentum only concerns.

Here is the summary, the conference is probably as segregated from EMC World as it is going to get. There will be little things every year that will not be perfect, but as a whole, the Documentum people were protected from the “storage” side.

This is where you come into the picture. We need to tell people that it is safe to return. It is easy to meet and share ideas with fellow users again. There are quality sessions being presented by users now. These aren’t just EMC requested sessions, these are sessions submitted to EMC, so there is some honesty in the sessions.

When you get down to it, Momemtum isn’t going to get a lot better until more people start attending. It is the sharing of ideas and the different viewpoints that comprise the true value of these conferences. Everything I covered above are just enabling factors. The real thing we need is you.

Momentum is back as a conference. Not perfect, but very good. It is now a good place to meet and share problems. It is returning to a national-global user group again.