This post has been a long time in coming. I’m not talking about the news that has triggered the actual writing of the post, just the themes of the post overall.  They should be pretty clear shortly…. 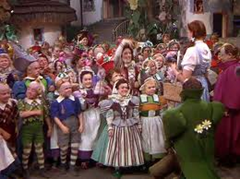 That said, let’s hit the headline, Mark Lewis is no longer the President of EMC’s IIG business unit, which is effectively Documentum.  Rick Devenuti, formerly the COO, is effectively taking over the position.

Wow.  I’m happy, but you need to read on to understand that oversimplification of my mood.

First off, Mark isn’t gone.  He is going to be the Chief Strategy Officer for the Information Infrastructure Products business, which basically owns IIG.  If you read between the lines, I see one of two conclusions.  Either Mark is being promoted for a new challenge or being moved out of the way.  Here is a quote of what he will be doing:

Lewis will leverage his diverse experience across EMC and the technology industry to help EMC customers accelerate their journey to the private cloud.  As part of this role, Mark will lead a new ventures group for IIP, focusing on expanding EMC’s West Coast presence and identifying new opportunities for EMC.

Sound a lot like being moved out of the way.  Same boss and moved out of the line leadership usually is not a good thing.  That said, you never know.  The new “venture” could be something they are trying to keep under-wraps that is pretty cool and eventually lead to something big.  I’ve always said that Mark was smart.  I just didn’t like him as a public speaker and was never really convinced that he got Content Management.

Meanwhile, Rick is stepping up into the role I had heard he was hired to move into a couple years ago.  I’m pretty excited.  I’m not saying that Rick will magically improve anything other than the delivery of the IIG keynotes.  His background seems to indicate that he will be able to grasp Content Management which is a big bonus.

Time will tell if this change means anything, but I feel happy for the keynote attendees at next week’s Momentum conference in Lisbon.

A lot has happened in the IIG leadership in the last year.  Razmik retired almost one year ago, as did Frank Chao.  Victor left for Salesforce.com this past summer (a big concern).

There has been some good.  For those that missed it, Jeroen van Rotterdam was named the new Chief Architect for Documentum.  As one of my favorite by-the-seats demo presenters, and with his roots in X-Hive, there is a certain amount of energy and potential that he brings to the role.

Jeroen’s promotion is actually the biggest, most positive, staffing change that I’ve heard coming out of Documentum in a long time. Even bigger than today.

Why? Well, let me spin you a little story.

Somewhere, over the rainbow, there are a lot of clouds.  They are pretty.  When you go there, you see all sorts of things sitting up there that are very recognizable.  Included are a whole bunch of applications that look just like the ones that are living down in your data center.

That’s nice, but hosting something in the “cloud” doesn’t make it a cloud application.  It is pretty much no different than having someone else host your data center.  The difference is that you don’t know about the specs of the boxes as long as they work.

One thing you see up in the clouds are applications that are unique.  Content Management Systems that seem to live among the clouds, not just dumped there by system administrators.  These systems are growing and thriving.  When they need more capacity, it is readily added.

Simply put, it just works.  Guess which kind of app the current version of Documentum is classified?

What if there was a version that readily scaled without all that mucking with multiple Content Server installations?  What if the data wasn’t stuck in something that was as data-center designed as Oracle or SQL Server?

What if it was in XDB?

Did you read my post on Documentum xPlore?  It has a lot of the information already in there to act as the database, including the full security model. The move may only be a small jump away.  All you need is a Chief Architect that really knows how to make XDB work.  Then you just have to find a way to communicate with it in a simple fashion.

If only there was some prototype of a RESTful interface that we could leverage to talk to XML technologies. 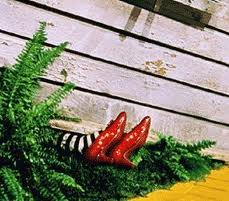 Let’s face it. After EMC World, Victor resigned.  Things were looking pretty bad.  There was still hope as I knew for a fact that there are people at IIG that are both capable, have vision, and most importantly, desire.

Jeroen is one of those people.  His promotion was an excellent indicator.  He has the knowledge and some of the right technical vision to make things happen.

Some may say that it is too late for Documentum.  They may be right.  Doesn’t look like Documentum is going to fade away without a fight though, and that is a good thing.

There is more to come.  The only question is, is it in time?